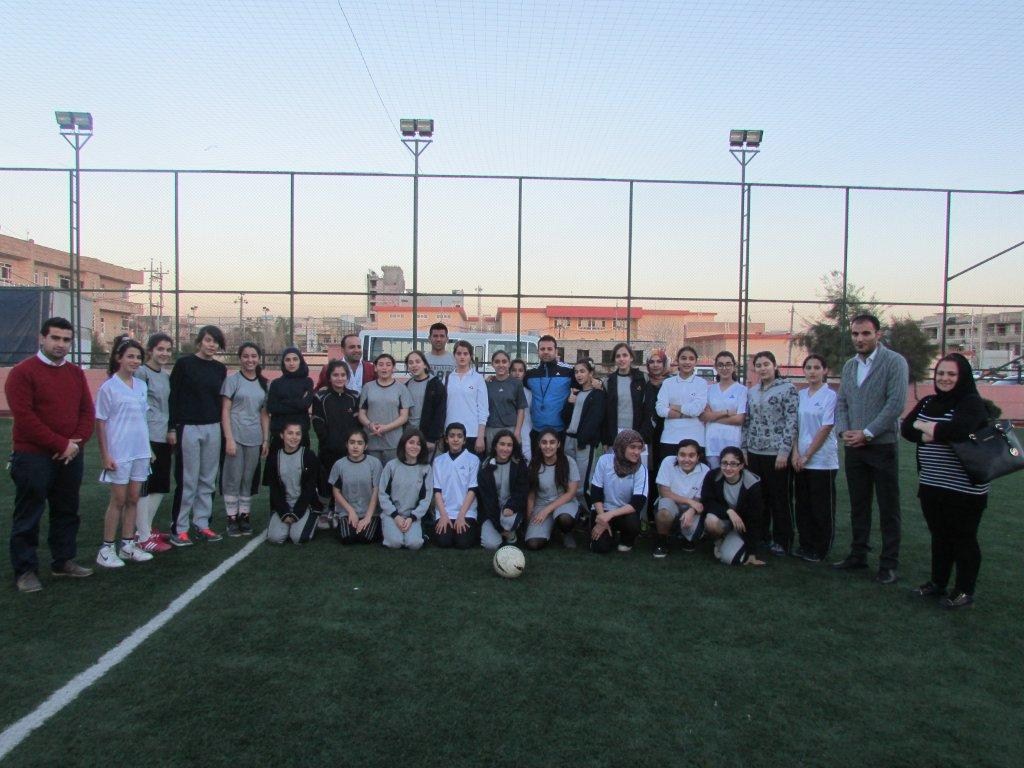 Both sides showed team spirit and had a great time competing against each other. After one hour of playing, the game ended in a tie, with the final score of 2-2. Each school belongs to the SABIS® Network, which strongly believes that it is important for students to maintain lifelong academic fitness. In addition to the exercise the girls got from the game, they also made new friends from the other school.

The SABIS Student Life Organization® was responsible for organizing the event, where the girls got to show how well their soccer skills and team work were on the field. A little while after the game, the girls took some pictures together.